“The Red Badge of Courage”

At the Southampton Cultural Center 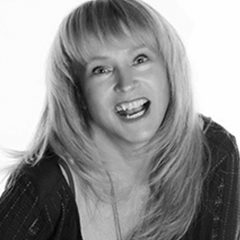 Bonnie Grice, actor, producer, costumer and founder of boots on the ground theater… devoted to living history, acting/reenacting, with special emphasis on the 19th century. Bonnie produced the critically acclaimed production of The Miracle Worker in April. She’s thrilled to be working again with the SCC for this NY theater premiere of The Red Badge of Courage. Bonnie’s also an award-winning radio host weekday mornings 9-Noon on “The Eclectic Cafe” on WPPB 88.3fm in Southampton—Long Island’s NPR station. 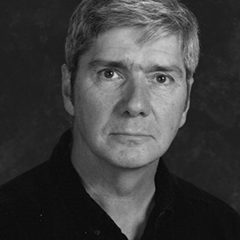 Robert Nelson has had a love theater for most of his life. As a member of the San Jose Gilbert and Sullivan Society, he built sets, helped stage-manage multiple productions, and appeared as a chorus member in “Pirates of Penzance” and “Yeomen of the Guard.” In 2015, he was cast as narrator in the Southampton Cultural Center production of “It’s a Wonderful Life.” Although now retired, professionally he was a technical writer, trainer, and project manager and taught community college English at night. He currently lives in Hampton Bays with his wife, Sharon and is an active member of the American Legion. He has two grown daughters. His hobbies include reading classical mysteries and sailing. 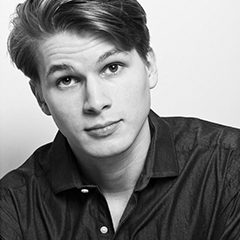 Deyo has been a part of two productions since graduating college in the spring of 2018. Crimes of the Heart as Barnett Lloyd with Southampton Cultural Center, and the Miracle Worker as James Keller with Boots on The Ground Theater and Southampton Cultural Center. He is excited to work on his second production with Boots On The Ground Theater. He hopes to be able to continue working with the company on many more exciting, and influential shows. 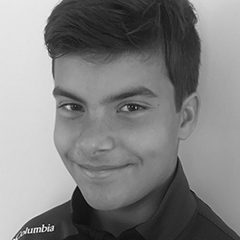 15 year old Ethan Suhr loves to act, sing, play the drums, surf and swim. He has performed in 2 Stages plays, Eddie in “13” and the scarecrow and mummy in Frankenstein Follies. He also was Gaston in the SIS production of Beauty and the Beast and Mr. Bucket in Willy Wonka and the Chocolate Factory. Ethan is thrilled to join the cast of the boots on the ground theater production of The Red Badge of Courage as Billy. 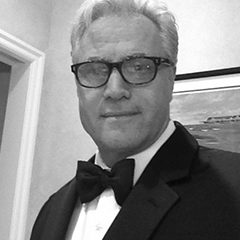 In the 1970s and the 80s I worked for the Sayville musical workshop. I did dinner theater in East Islip at the Castle Inn. I was on daytime soap operas in one life to live and search for tomorrow in bit parts. I used to model for Tuxedo companies and I used to get married every week to beautiful brides in their wedding gowns wearing my tuxedos. I am a James Dean, Montgomery Clift, Marlon Brando and Errol Flynn fan. 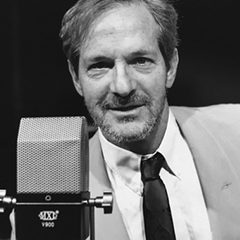 Richard has appeared in two live radio plays (It’s A Wonderful Life, and A Christmas Carol) and sang and danced his way through 4 musicals (Best Little Whorehouse, And the World Goes ‘Round, The Fantastiks, and most recently, Promise, Promises). He is grateful that the horrors of war and pestilence has not visited our shores in our lifetime. 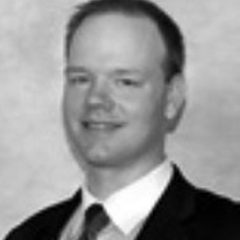 On March 17, 2008, CPL Christopher Levi was severely injured when an improvised exploding device in Iraq hit the armored Humvee he was traveling in. CPL Levi was in the middle vehicle of a five-vehicle convoy.
The blast cut through both of Levi’s legs at mid-thigh, leaving him a bilateral amputee. He also suffered significant damage to his right hand and arm. Prior to his deployment to Iraq, CPL Levi, who was certified as an Army Ranger, served in Afghanistan, and also earned an Expert Infantry Badge. CPL Levi spent two and a half years in the hospital recovering.
In addition to passing the Series 7 General Securities Representative Exam and receiving his bachelor’s degree from Long Island University, Brookville, CPL Levi volunteers and leads groups for The Center for Discovery, a national specialty center for the advanced care and treatment of children and adults with significant disabilities, and is a participant of World T.E.A.M. Sports’ annual 110-mile Face of America ride. He also is working to establish his own 501(c)(3) charitable organization; Long Islands’ Got Your 6.
The Red Badge of Courage is his theater debut. 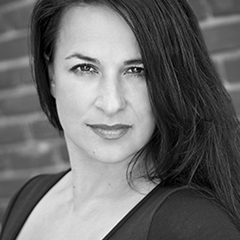 Josephine M Teresi-Wallace is well known to East End audiences as a gifted actor— she’s been in numerous Center Stage productions at the Southampton Cultural Center including “Boeing Boeing” directed by Michael Benton Disher and this past winter’s production of “Crimes of the Heart” directed by Joan Bennett Lyons. She was also featured in the sold-out boots theater production of “The Miracle Worker” in April. She is excited to return to the SCC as a director and thank Bonnie Grice for the opportunity to do so. 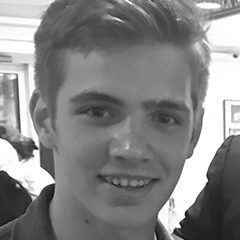 Thomas John Schiavoni, Jr. is a freshman at Pierson and has done several shows in past years including To Kill a Mockingbird at Bay Street Theatre as part of their Literature Live series. This past year’s credits include: the role of Mayor in Seussical the Musical at Pierson Middle School, a Sailor in the High School’s production of Anything Goes and Knochenbruch in the Long Island Musical Theatre Festival’s production of Spring Awakening, Malcolm in Pierson’s IB Theatre production of 13 the Musical. He loves running Cross Country and performing on stage, and is excited to be acting with boots on the ground theater.

This powerful story has been described as a “parable of the inner battle every man must fight.” It centers on Henry Fleming, a young Union soldier who battles his inner demons as he runs from and eventually faces his greatest fears. Published in 1895, TRBOC is considered the first great war novel but with surprising anti-war overtones. Crane’s story has resonated with readers over 2 centuries—the book itself has never gone out of print since first published. Catherine Bush’s adaptation takes it to the next level for audiences to experience Henry’s inspiring story LIVE onstage in this New York premiere.

boots on the ground theater was established in 2016 with a passion for exploring historical and contemporary stories through the unique perspective of the East End. Long Island history and actors are the cornerstone of our productions. 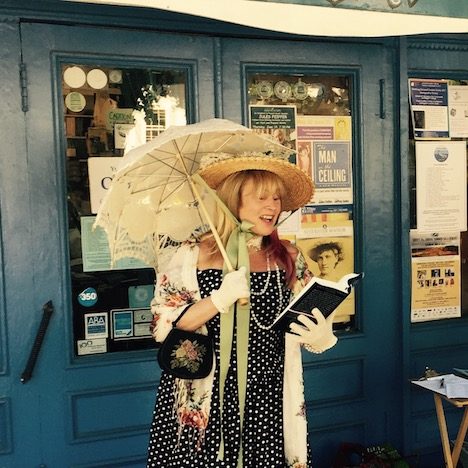