Behind the Curtain: Justin Harris

For this special Guest Blog we go “Behind the Curtain”  with the first of our cast from THE AGITATORS. Justin D. Harris is featured in the role of Frederick Douglass, the legendary 19th-century writer and abolitionist. Justin is a native of Long Island, a Brown University graduate in Neuroscience, and the Arts Academy Manager at Westhampton Beach Performing Arts Center. We’re thrilled to have him a part of our botgt team! Here’s Justin in his own words about his life in theater and taking on this monumental role:

Behind the Curtain: Justin Harris 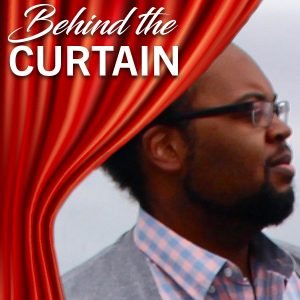 I am a Riverhead resident and have been my whole life.

My theatrical first steps were at a very young age. The show that began it all was a production of Oliver! With Riverhead Faculty Community Theatre. I saw a flyer and said “hey that looks interesting” and the rest is history. Now, I’ve been in over 50 theatrical/performance productions of all sorts from Ashland, Oregon to Greenport here on Long Island. I also teach and direct theatre and have juggled many other production team roles.

In 2016, I had the honor to work at Oregon Shakespeare Festival where I mainly worked administratively but sweet-talked my way into acting in a few showcases alongside the resident acting company. I’ve performed at American Repertory Theater’s Oberon in a play called Welcome To Arroyo’s which was a sweet treat. I’ve performed in productions in front of the show’s author Quiara Alegria Hudes (Water By The Spoonful) and Duncan Sheik (Spring Awakening), both while in college. One of my proudest roles has to be playing Emcee in Cabaret at North Fork Community Theatre. It meant a great deal being represented, a heavy-set Black man following in the steps of brilliant performers like Joel Grey and Alan Cumming. There are also a host of Shakespearean roles that I have more than enjoyed stepping into with Greenport’s Northeast Stage – Nick Bottom, Lucio, Othello, and Brutus, to name a few.

Last time I was at the Vail performing was as a kid doing small community theatre gig, I believe it was The Golden Goose. I remember being wowed by the space then and I still am now. It’s a pillar of downtown Riverhead whether it’s opened or closed. I always have fond memories driving by.

Stepping into the path of Frederick Augustus Washington Bailey Douglass is remarkable. What I can remember of Fred is the tidbit or two that we scanned over in school as a young kid. We learn the names of historical giants but far too often we barely scratch the surface of their life force and narrative. I get to attempt to understand Frederick, the man, inside the abolitionist. I never thought that I was actor whose theatrical journey would include playing historical figures. There is a great deal of responsibility in it for them and myself. The narrative of Black figures of the past is not a pretty one, plain and simple. As an actor, you have to saddle up to those painful truths, claim them, and breathe into them a newer, better, and more hopeful life for the present-day audience to be affected, for better or worse. To spark a conversation, a thought, or change of heart. That’s a lot to unpack when you’re jumping into a rehearsal or performances as actor or audience member at the end of a work day. But that’s the impact of theatre – to commune, to evolve, to understand life and each other.

It’s been a pleasure working with boots on the ground theater to do just that. Put in the work, the work of theatre, to create and share. To return to Vail-Leavitt in such a big way as an adult, is my golden egg.

Why come see The Agitators? To be agitated! For the better. Experience the humanity of two social and moral justice titans. Agree with them, disagree, then agree again and find the common ground. “We have to do with the past only as we can make it useful to the present and to the future.”