Everything Old Is New Again

Happy New Year! Hope this finds you well and excited about a new year of live performance. We certainly are! 2022 marks the first time boots on the ground theater will be taking our boots on the road to the historic Vail-Leavitt Music Hall in Riverhead, in addition to our permanent spot this October at our theater home: the Southampton Cultural Center. (We’re bringing a Jekyll & Hyde play to the SCC this fall. Stay tuned…)

It’s also a new year of blogs. We kick off with a Guest Blog from the man who played Professor Moriarty in “Sherlock’s Secret Life” and is making his directing debut with both botgt shows this year… Mark Heidemann!

Everything Old Is New Again 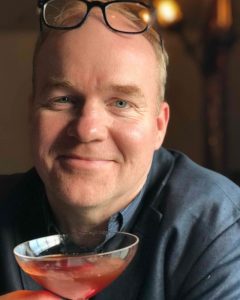 It has been a busy time. Last year I returned to the local stage for the first time in over 20 years. It was a thrill to play the role of Professor Moriarty in “SHERLOCK’S SECRET LIFE” for Bonnie Grice’s boots on the ground theater. A short time later Bonnie asked if I’d be interested in directing her next project. I practically jumped at the opportunity to direct “THE AGITATORS.”

Playwright Mat Smart has created a prescient piece of historical theater.  “THE AGITATORS” is the true story of the lifelong friendship between two American legends: Frederick Douglass and Susan B. Anthony.

It may be over a hundred years since Susan and Frederick helped change American life for the better but their story is as timely as today’s news. Many of us know Frederick Douglass as the former slave, freedom fighter, and orator. Many know Susan B. Anthony as the heralded social reformer and women’s rights activist. Little, however, is known of their relationship. In “THE AGITATORS” we’re immersed in their lives. You see that their words and deeds ring as urgently today as they did in the 19th century. Frederick and Susan knew all too well that freedom wasn’t universal and that Democracy was, while seemingly durable, also incredibly fragile. They sacrificed their private lives to speak truth to power in a cripplingly divided America. Sound familiar?

My hope is that we will show that these two famous historical figures were/are more than just faces on a coin or a stamp or a name in a book. We will show living, breathing, sometimes frightened, sometimes brave human beings who just happened to do heroic deeds.

I like to think the stars are aligning for this show. Not only have we assembled an enormously talented cast and crew but we also have a sensational venue in The Vail-Leavitt Music Hall. Patterned after the legendary Ford’s Theatre in Washington DC where President Lincoln was assassinated in April 1865, it was one of many similar theaters built to pay homage to the late president. The Vail-Leavitt opened in 1881, so this important historic setting in Riverhead was in operation when Douglass and Anthony were busy making history.  I hope you’ll join us.