As you know, “The Agitators,” boots on the ground theater’s next production, is a play about the friendship between Frederick Douglass, the abolitionist, and Susan B. Anthony, the leader of the women’s suffrage movement. What you probably don’t know is that both of these activists celebrate their birthdays in February: Frederick’s birthday is February 14, and Susan’s is February 15. We found a few other interesting facts we wanted to share. 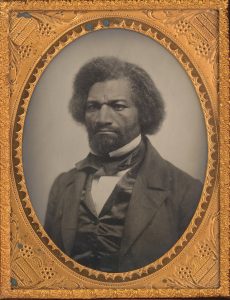 Frederick Augustus Washington Bailey was an author, activist, and public speaker who successfully escaped slavery in 1838 at the age of 20.

Wanting to reinvent himself, and to elude slave-catchers, Frederick changed his last name to Douglass in honor of James Douglas, the hero of Sir Walter Scott’s narrative poem, “The Lady of the Lake.” Frederick added the extra “s” for distinction.

Although his actual birthdate is unknown, Frederick chose to celebrate his birthday on Valentine’s Day, remembering his mother once calling him her “Little Valentine.”

It was in large part due to the efforts of Douglass that the 15th amendment was ratified in 1870, guaranteeing African American men the right to vote. February was chosen as Black History Month in part to honor Frederick Douglass. 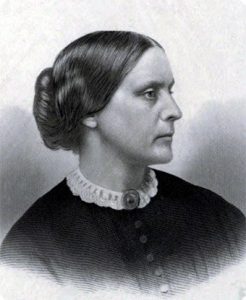 Susan Brownell Anthony was a suffragist, abolitionist, author, and speaker who was born February 15, 1820, in Adams, MA. She was raised as a Quaker and was inspired by the Quaker belief that everyone was equal under God. Her activism began at an early age when she collected and distributed anti-slavery petitions at the age of 17.

In the mid-1840s, she met a friend of her father’s named Frederick Douglass. Listening to Frederick inspired Anthony to become an abolition activist. Even though it was considered “improper,” she gave many public speeches against slavery. Together, Anthony and Douglass founded the American Equal Rights Association in 1866.

Anthony spent her entire life traveling the country, advocating for a woman’s right to vote. In 1905, she met with President Theodore Roosevelt. Finally in 1920, 14 years after Anthony’s death, the 19th amendment was ratified. Women were finally allowed to vote, fifty years after the 15th amendment had been passed.