The relationship between Abraham Lincoln and Frederick Douglass: Why was it so important? 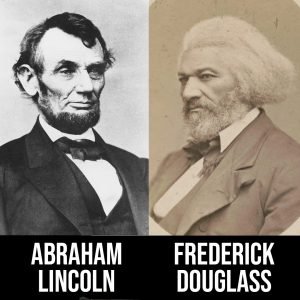 The presidential election of 1860 was a pivotal moment for the nation. Republican Abraham Lincoln was running against three other candidates including a southern pro-slavery Democrat. Lincoln’s victory spurred the south to secession and many agree was the impetus for the Civil War. Frederick Douglass had become an important voice of the time, issuing a clarion call for an end to slavery. He weighed in on the new presidency and what it meant for the nation. The following is from the Library of Congress:

During the 1860 presidential election, there were four candidates: Abraham Lincoln (Republican), John C. Breckenridge (Southern Democrat), Stephen A. Douglas (Democrat), and John Bell (Constitutional Union). Douglas’s belief in “popular sovereignty,” Breckenridge’s pro-slavery platform, and Bell’s aversion to the issue entirely left Frederick Douglass to endorse Lincoln and the Republicans, whom he believed were more antislavery than the divided Democrats. After the

“What, then, has been gained to the anti-slavery cause by the election of Mr. Lincoln? Not much, in itself considered, but very much when viewed in the light of its relations and bearings… Lincoln’s election … has taught the North its strength, and shown the South its weakness. More important still, it has demonstrated the possibility of electing, if not an Abolitionist, at least an anti-slavery reputation to the Presidency of the United States.”