A Message from Our Founder/Artistic Director

I started my theater company boots on the ground theater in 2016 to recreate and retell stories from history with a particular emphasis on the 19th century… a personal passion. There’s so much to learn from the Victorians! The ingenuity, industry, inventions, the birth of the women’s and civil rights movements…….. and the birth of the detective. The first detective story was actually written by an American—Edgar Allan Poe who’s been called the “undisputed master of the detective story” with his character Dupin in the 1840s. Dickens, obsessed with all things detective, read Poe and was inspired to create his own detective Inspector Bucket in Bleak House, paving the way for Arthur Conan Doyle and Sherlock Holmes later in the century.

Three years ago I decided to bring Holmes to the East End stage. As far as I knew he’d never been presented here before. I started reading and researching over a dozen Holmesian scripts, most of which are a bit dusty and stilted. I wanted something that could reflect the atmosphere of London in the 1880s while combining a more modern edgy Holmes, ala Robert Downey Jr and Benedict Cumberbatch. Josephine had agreed to direct this show, after her debut as director with The Red Badge of Courage in 2018. Together we chose this script which stood out among all the others for its intrigue, humor and a “big reveal” that we knew would blow audiences away.

Together we worked on building the set and creating the historic interiors of the times. Jo’s set design provided the perfect framework for my Victorian/Edwardian props and costumes. I wanted a blend of the historic and some Steampunk just to mix it up a bit.

Sherlock Holmes remains a fascinating character to this day. Conan Doyle created characters that had little in the way of forensics or technology, but set the standard for our modern day detectives. Holmes and Watson relied on their instincts, gathering information and clues using mostly their grey matter, and an occasional spyglass. The brilliance of this dynamic duo still shines over a century and a half later.

The game’s afoot. Enjoy the show! 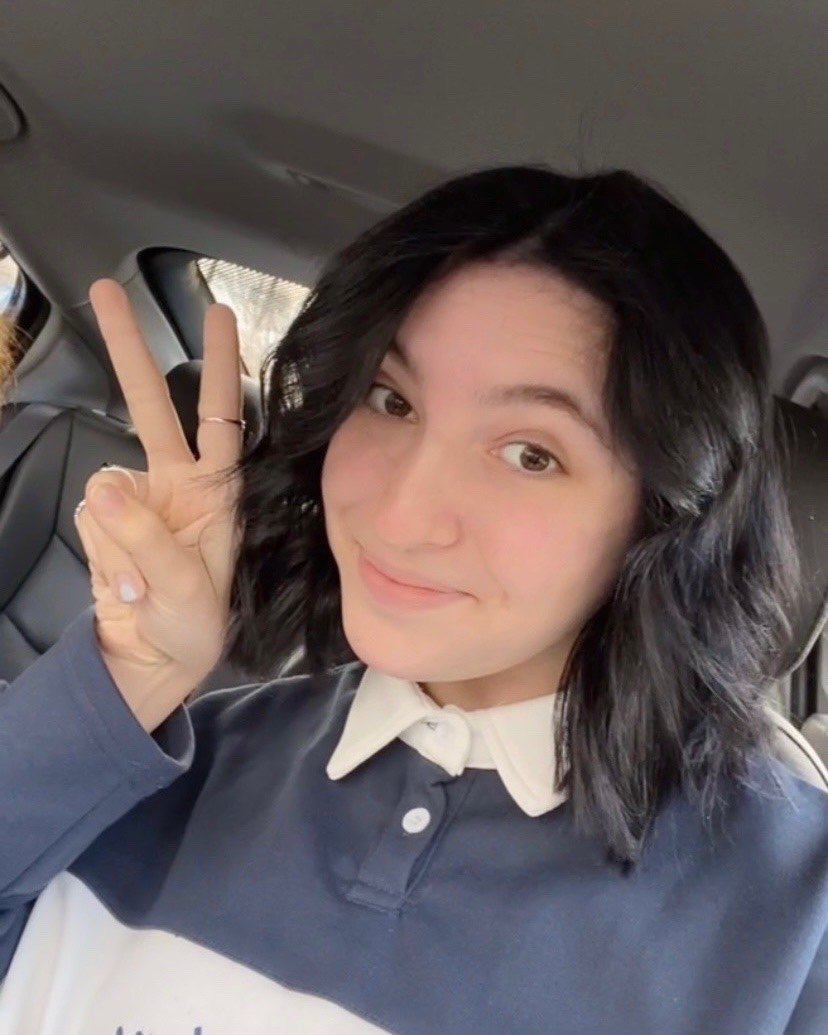 Zoe Richardson is a sophomore at Pierson High School in Sag Harbor and has been featured in a variety of student productions over the years. Most recently she won two Teeny Awards for her performances at Pierson. She’s thrilled to be part of the “Sherlock’s Secret Life” team in the role of Mollie, alongside her friend and fellow Pierson student, Lance Schroeder playing the role of the young Dr Watson.

This is part of the “boots on the ground theater” mission. To feature student actors in lead roles alongside the veteran adult actors onstage… to combine the youth and adult theater experience while presenting regional theater at its best.

Keep checking out our website for all the info, pics and our latest blog posts.

Advertise in Our Playbill

We still have advertising space in our playbill for Sherlock’s Secret Life! Email Kirsten at klonnie@scc-arts.org to advertise your business or organization to hundreds of theatergoers in the Hamptons! 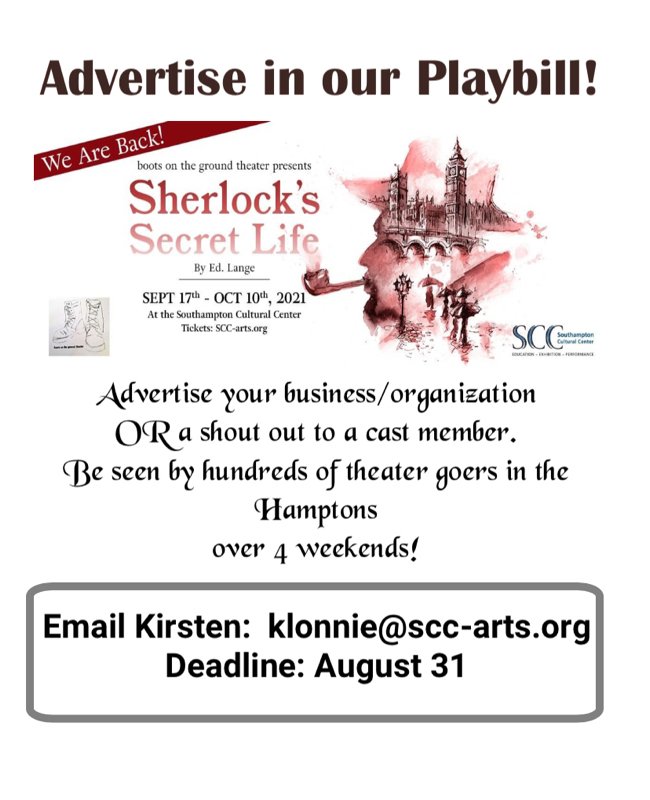