The Vail is Back!

Our next Guest Blog features the President of the Vail-Leavitt Music Hall Bob Barta. Bob is a longtime friend of the arts in Riverhead and across Long Island. He’s a musician, music producer and teaches at the Suffolk County Community College. Bob’s passion for music and the Vail-Leavitt is beyond compare. He’s an inspiration to us all…and he’s a mighty fine banjo player! We’re thrilled to be the first onstage production at the Vail and we welcome this amazing theater back to life! We also welcome Bob’s very special Guest Blog…

The Vail is Back! 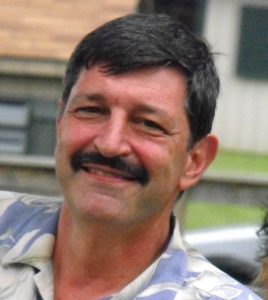 On behalf of the Council for the Vail-Leavitt Music Hall, I want to express our pride and excitement over our collaboration with boots on the ground theater’s, “The Agitators” – the first staged production in our historic theater since the Covid-19 pandemic.

The Music Hall opened in May of 1881 and is the only remaining theater in the downstate region which existed during the same era as Frederick Douglass and Susan B. Anthony. At the time, Downtown Riverhead was one of Suffolk County’s leading economic and cultural centers resulting from its agricultural and commercial activities and consequently had a significant and active Black population.

The Music Hall’s history has long been influenced by its role as a theater and a meeting place for presentations and discussions. Multiple documented early performances of “Uncle Tom’s Cabin” suggest a growing cultural awareness and support for Blacks in the community. There are published reports of the Music Hall hosting events for other disadvantaged populations (including the Fraternal Order of Red Men – a relief and support organization targeted to Native Americans).

The historic environment of the restored Music Hall and its decorative elements create a setting that surrounds the viewer – akin to a “parlor room” of the period – making each audience member a part of a uniquely intimate experience. With topicality, this production explicitly raises and explores fundamental issues of freedoms and equality which are as relevant and current as they have ever been at this point in human history. On another modern-day level, “The Agitators” represents the type of programming Vail-Leavitt Music Hall plans to expand going forward – unique arts, cultural and educational programs for both our members and the broader community.

I am proud to have been part of the Vail-Leavitt’s preservation efforts for the past 20 years and look forward to the imminent major revitalization of historic Downtown Riverhead. We at the Vail-Leavitt honor our cultural past as guideposts to address the changing present and evolving future needs of our community. 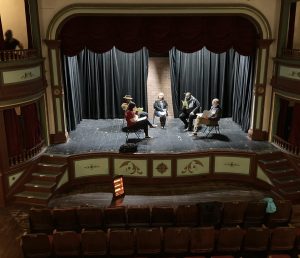